Rhodes Must Fall - Rejigging the Past

'R. W. Johnson, an author who is an emeritus fellow of Magdalen College at Oxford, compared the (Rhodes Must Fall in Oxford) campaign to remove the monument to what Al Qaeda and the Islamic State “are doing in places like Mali when destroying statues”. '  - NYT 'Oxford University Will Keep Statue of Cecil Rhodes' Jan 29th 2016. 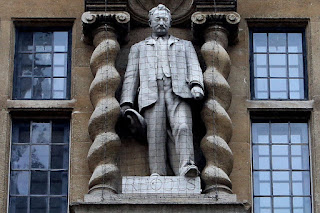 I was brought up in East Hertfordshire. One of its fine old towns is Bishop's Stortford. Cecil Rhodes came from there. After going up to Oxford University, he went on to shape much of Africa, becoming what we thought of as a 'great imperialist' - the man who was determined to make the map pink from 'the Cape to Cairo'.

Julius Caesar was also a great imperialist. He moved the boundaries of the Roman Empire all the way north to the English Channel. In doing so he butchered many thousands of Gauls. However the influence of Roman civilization on those Celtic tribes later lead on to the Empire of Charlemagne and the languages and literature of much of Western Europe.

A couple of summers ago I had a conversation with an American academic who is a leading expert  on what are called the Jacksonian Wars (the wars of Andrew Jackson). He was up in Ontario as to take part in the celebrations honouring the bicentennial of the War of 1812 (a Jacksonian war). He often goes to Britain as part of his research and we discussed what I was taught at school in Hertford about that war and the earlier French-Indian War, both pivotal to the formation of modern Canada. According to him the teaching of imperial history in Britain today is abysmal - the whole Empire thing is to be regarded as an embarrassment.

A prominent feature of dictatorships has always been the rewriting of history to suit the narrative of those in power. However today's social democracies are also becoming captured by a narrative that redefines time in their past as something to be ashamed of, and for which all visible reminders must  be removed. According to the NYT article above, 'The petition and protest in Oxford had provoked an intense discussion about whether Britain’s colonial past should be judged by contemporary standards' and 'The dispute was characterized on one side as an exercise in political correctness and a desire to erase history, and on the other as a test of the university’s willingness to acknowledge the sensitivities and values of minority students'.


Every January 11th we in Canada celebrate the life of Sir John A Macdonald, the architect of our federation. 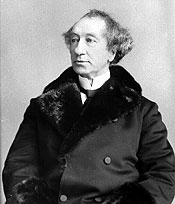 Like Cecil Rhodes for Africa, Sir John A Macdonald is not a hero for today's Canadian Indians. This past month activists for reparation for historic wrongs to our aboriginal population staged a protest at the famous statue of Sir John A in his hometown of Kingston, Ontario 'in response to the annual celebration of Sir John. A. Macdonald as a historical hero and to deplore the continual legacy of his genocidal policies.'

I am reminded of a trip I took to Ireland as a young man in the 1960s. I was up on the deck of the night ferry to Dún Laoghaire leaning on the rail watching the lights of Liverpool recede when an older fellow in a tweed jacket with a strong Dublin accent stopped by me to chat. He advised that, assuming this was my first trip over, he felt the need to educate me that Ireland's present Troubles could all be traced to the actions of our Prime Minister Lloyd George.  David Lloyd George was Britain's Prime Minister at the time of the partition of the Kingdom of Ireland into the Province of Northern Ireland and the Irish Free State. Before I stepped onto the Ould Sod he needed to have me admit what a bad fellow Briton David had been, and to have me accept on my country's behalf blame for the Republic's current poverty (at that time it was one of Western Europe's most down-at-heel countries). 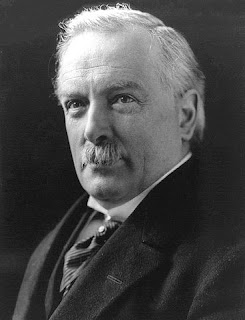 Lloyd George, a Welshman, was seen then and indeed still today in Britain as one of its greatest C20th prime ministers. He introduced Britain's social welfare system, provide important leadership in winning the First World War, and post-war was deeply involved in reshaping Europe's national boundaries from what they had been under the empires of the Central Powers. Hardly someone to apologize for.

Over my long years living in Canada I have met many Eastern Europeans who escaped the Iron Curtain to come here. To many of them Winston Churchill was the demon who let Stalin retain what the Red Army had overrun before Hitler's defeat and, in doing so, condemned their people to the miseries of Communism, including Stalin's genocides. As they are not in a majority here, Winston Churchill Boulevard in the township in which I live is probably safe from renaming. But you never know with heroes, especially in this time of rapidly shifting political correctness.

Posted by musings of an aging boomer at 2:30 PM