The Case Against Condominiums 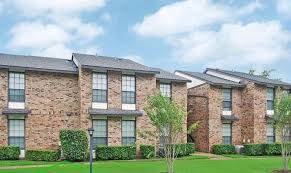 "Condos for Boomers: This idea is so funny. I see boomers trying, but they have to dispose of their furniture, and hire organizers. I doubt that there will be mass adoption of the condo by boomers. I do see the upsurge of senior help services to help boomers stay in their houses and neighbourhood. The kind of shoe box currently being built by developers and bought by investors is kind of offensive to the Boomer lifestyle"  from 'Why Are Condos So Crappy' LANDLORDRESCUE blog 5/9/2016


When we mention to friends that, as we are both now in our 70s and either retired or close to it, we will be downsizing, they are most likely to say, "Oh, looking for a nice condo where you won't have to do much as everything is taken care of?" And we reply to their surprise, "Well no, actually - a condominium's not for us".

Read more »
Posted by musings of an aging boomer at 4:40 PM No comments:

The Return of Demagoguary and the Big Lie

'This is not an honest man. This is not a trustworthy man. The fact that people believe he’s honest is a result of a failed media that aims its sincerest critique at Clinton’s deficiencies with the truth, but applies an entertainment standard to Trump that corrects falsehoods but doesn’t castigate him for them.

There is no reasonable explanation or saleable excuse for the media’s behaviour this presidential cycle. History will look back at this period and it will not be kind to the Fourth Estate. We will all have to one day ask ourselves, "Where was I on Trump and the truth?” Far too many of us will be found wanting.'  NYT Sept 8th 2016 Opinion

Boris and Trump, Putin and Xi Jinping - the return of the liar to world leadership. A paradox - social media reveals all, yet the lies told by some notable public figures today mimic in their size the Big Lie during the rise of communist and fascist totalitarianism. But Boris and Trump live in functional democracies so how come?

In these democracies, ordinary voters, they who were once the lumpen-proletariat, are now mostly literate,and have vastly improved access to information in comparison to the fascist and communist masses that came before. So why do they swallow lies of the magnitude now widely propagated by both professional and social media? Does this mean that the great C20 liberal experiment has failed; the idea that universal education would produce a rational polity?

Too many people still seem unwilling to distinguish between hyperbole and falsehood, and demonstrable fact. In an era of increasing secularism where dogmatic belief is more frequently confronted by conclusions drawn from rigorous analysis, how is it that so many are willing to believe and vote for those who base their speeches solely on desired outcome?

Is it too much information, the feeling of being overwhelmed by complexity so that we are willing to trust anyone who can make it simple? Is it frustration with the search for evidence when having an opinion provided by an admired public figure or celebrity makes for an easier existence? Are there just too many places to look for data and too few hours in a day? Why are decisions so often complex today when they seemed so straightforward 100 years ago? Is the person-on-the-street today just too soft-minded to cope with the nuances of navigating a civil community in the C21st?

Is the degree to which we choose to trust those to whom media gives exposure a marker for our civilization's integrity and likely longevity? The social order building since the Enlightenment, is it now in self-destruct mode?

It could well be so.

Posted by musings of an aging boomer at 3:28 PM 1 comment: