Not long ago a fellow boomer recalled for me that I share a name with a now-legendary rock singer. As he happens to be about my height and age, and we share an accent, I have in the past been asked for my autograph. On several occasions when he and his band were in Town, male store clerks handling my credit card jumped to their own conclusion. Rather than demur, I usually decided to make a fan's day. After all, I did once live through the wall from his road manager at my Weybridge, Surrey condo, and was very excited one time to see the great man's white Roller parked outside. Why not fame by association? 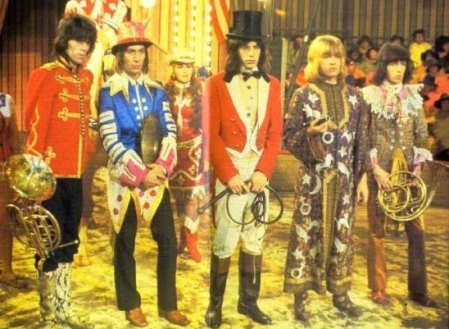 On one of my recent browsing safaris I came across a video curiosity that features a very young and hairy Ian Anderson near the start of his career journey.  Called the 'Rolling Stones Rock and Roll Circus', it features Anderson's band as first up and his now famous flute-playing position, one leg in the air. 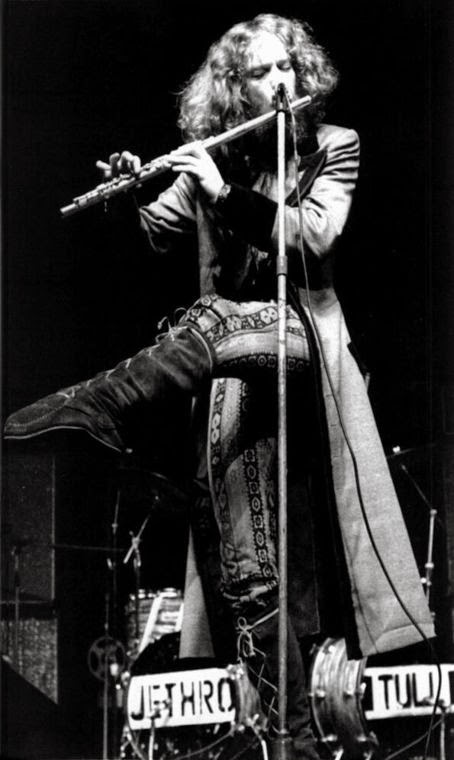 Only last year I went to see the flute star do his jump-up pied-piper act on the Canadian leg of his Thick as a Brick world tour. Even balder than me but in better shape from skipping around the stage, Ian still gets his leg up. When I try being one-legged at yoga class I invariably topple fast.

"You are about to be transported to another age, swinging London in the late sixties" brags the VHS cover blurb. "You’ve heard of Oxford Circus, You’ve heard of Piccadilly Circus, Well this is the Rolling Stones Rock And Roll Circus" boasts Mick Jagger.  For that era, nearby Kings Road in Chelsea was Cool Central when I attended college right at its heart. Hard to believe we were so weird. Were did all that spontaneity go?  Don't you wish you could still leap around like that!
Posted by musings of an aging boomer at 12:10 PM