Wilderness as Metaphor for Danger

To my mind Bill Bryson, an American-British non-fiction author of renown and high income (many of whose best-selling books I thoroughly enjoyed for their wit and acute observation), did wilderness no favours with his still popular 1998 book, A Walk in the Woods about his adventures on the Appalachian Trail. He sets the stage in the book, which has a scary close-up of a bear on its cover, with a lengthy recounting of published wilderness misadventures with special attention paid, employing his famously comic style, to what awful things both species of bears in North American forests have done to the luckless wilderness traveller. 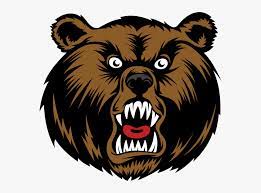 In many years summering in remote parts of far Northeastern Ontario and during occasional hikes in New England and our Western mountains I have encountered many black bears, singly and in family groups. On a couple of occasions I have unknowingly ridden a bike right up to one as it fed on a blueberry patch, and, on a four-wheel trip along a logging road far from any settlement, had a huge male suddenly loom up on hind legs to peer in curiosity into our car. Another time as I was standing in a forest stream with my two kids fishing, one came out onto the bank beside us to gawp, and prevent us going to shore until my wife showing up a while later gave it a reason to wander off.

The only time I can recall feeling out of my depth in bear country was one fine summer evening in New Hampshire when my wife and I with our two dogs were clambering up a mountain to be in time to watch the sun set. A big adult male suddenly appeared above us sliding on its rear end down the steep slope a few yards off the path. Our dogs became shakingly comatose as the bear careered downwards right past us. While we had heard that bears must negotiate steep slopes using only their front legs as brakes, to hear and see one actually doing so close up was intimidating.

Once back down the mountain and walking out along a cottage road in the dusk, whom should we encounter but the same big boy. Recalling the movie The Gods Must Be Crazy where a young Kalahari bushman stalked by a large hyena deters it by making himself taller holding a rock above his head, I had wife and dogs bunch in to make us as large-looking as possible. Just as we passed by, the boar leapt clear across the road on his way to what we assumed was his nightly cottage garbage sortie - as with so much of bear (and other large predator) behaviour, easy immobile food options beat out larger but unpredictable mobile ones.

Too often in an attempt to thrill the reader or viewer, book and screen writers will play up the threat that wildness can seem to present. In a country like ours with one of the world's biggest percentage of its population residing in urban areas, and with so many immigrants now coming here from warmer countries where wilderness is often seen as hostile, writers do sympathy for our own shrinking truly wild forest lands no favours when they play up their strangeness and supposed dangers. As one who once spent two years in urban New Jersey and New York City, I have found no place as calming and soulful as our forested wilderness.

Posted by musings of an aging boomer at 4:51 PM