What Defines a Nation State? 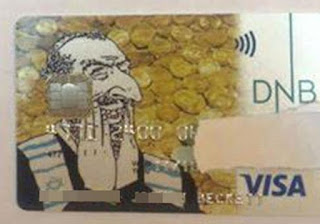 The Jerusalem Post is the premier English language Israeli newspaper. I follow it to get a sense of the mood in the only democracy in the Middle East, one on the front line of Muslim anarchy and violent push-back against Western liberal ideas.

Occasionally their reporting from this frontier of our civilization gets absurdly paranoid. This 'front-page' article is actually about a single individual who took advantage of a poorly executed and policed business gimmick in a minor European nation to advertise his infantile prejudices. An unappealing feature of the paper is a tendency to 'look back over its shoulder' to see if its friends remain firmly lined up firmly in its camp. Any display  of anti-Semitism, however atypical or unrepresentative, is cause for panic - "Are we still truly alone (like we were in WWII Europe)?"

Present and former imperial nations (America, UK, France...) and their nationals are demeaned and insulted all across the rest of the world.  A mature democracy learns to live with the fact that others less fortunate will insult and belittle its citizens and its contributions to human welfare.  As a nation state Israel's unique and self-appointed burden is taking on all the causes and battles of the world's Jewry, including the many who have not chosen to become its citizens. It will not truly be credible as a legitimate national entity until it sees caring for the fortunes of all of its own citizens, Jewish, Arab and Druze, as its primary duty and one well ahead of defending all those of Jewish descent but another citizenship living outside its borders.

Posted by musings of an aging boomer at 10:31 AM